Let’s Get One Thing Straight

There’s a stain on the term “Stealth Biotech”, which stems from a lack of agreement on what it actually means. It’s rare to hear two people share standard criteria for what they consider to be a stealth biotech or pharma company.

Typically, we’ll hear buzzwords like “emerging biopharma”, “biotech startups”, “early-stage pharma”, and “pre-clinical biotech” thrown around as if there’s a significant difference between them. Understandably, the services your company offers to the biopharma industry will influence your idea of a stealth biotech company.

Our mission is to bring us all onto the same page to enable more discussion around the topic, and hopefully, open a few eyes when it comes to the impact stealth biotechs can have on your team’s revenue growth. We’ll kickstart the discussion by exploring the (forecasted) economic climate that 2023 presents, the implications for emerging biopharma, and how service providers can adapt to take advantage.

The one thing that links everyone’s view of stealth biotechs is the difficulty associated with uncovering them, especially at scale. In part, this is due to the fact that these companies don’t tend to initiate interaction with service providers until they begin the RFP process. Typically this happens around the planning or conducting of IND-enabling studies.

In our view, this seems to be a good “cut-off” point. For the sake of discussion, we define a stealth biotech to be any company that has yet to reach clinical trials.

Some important milestones worth noting along the way would be the formation of the company, followed by its first round of funding. So, to break it down further, we can put emerging biopharma companies into one of the following buckets:

1.  Company Formation
2.  First Round of Funding
3,  Intent to Enter the Clinic

Check out our Guide to Stealth Biotechs where you’ll find recent examples of companies falling into each group with detailed breakdowns for each.

Hopefully, we’re all in agreeance at this point, so let’s talk about the year ahead as it pertains to early-stage pharma & biotechs.

Now that we’ve turned the corner into 2023, it’s rare to go a day without reading (or hearing) about the anticipated recession, industry layoffs, reduced funding, or halts & pauses in clinical development. Large, small, and emerging biopharma have already begun taking preventative measures to provide themselves with a cushion. That being said, stealth biotechs have less to lean on than their more mature counterparts that have commercialized therapies.

Concerns are potentially being amplified by the cooldown we’re experiencing after a record year for the market in 2021, but by looking at the SPDR S&P Biotech ETF (XBI), we’re right around where we were pre-pandemic.

Similar to how investors have slowed their pace, emerging biopharma companies may focus on being more tactical and thoughtful about when, how, and where they’ll spend their money, ensuring every penny is well-spent. Recently, the “move fast at any cost” approach was more prevalent, in part because VCs had adopted a similar mindset. However, in the previous two years, Q1 & Q4 have been the highest performing in terms of funding. With ~60% of last year’s total of $128.0B being delivered in the first and last quarters, this translated into more clinical development activity to start the year before quieting down into summer months. Strong funding in Q4 2022 could provide a temporary tailwind for R&D to kick off the new year.

Moreover, expect startups to seek out innovative (cost-efficient) technologies. Take Lumen Bioscience for example, while they don’t quite fit our definition of a stealth biotech, they have continued to thrive. In part, due to their cost-efficient manufacturing approach which relies on growing therapeutics in algae. They’ve also had reliable funding by looking to beyond VCs, receiving cash from government grants and nonprofits. Wider adoption of this mindset could shift investor focus away from biotechs with therapeutic assets and towards companies developing platform technologies for drug discovery and manufacturing.

Stealth biotechs will have one advantage this year that might be overlooked, their agility. Stealth companies are more like jetskis, whereas large pharma companies are more like freight ships that have more difficulty changing directions (remember the Titanic?). With fewer legacy processes already in place, it leaves fewer to break down and rebuild as they adapt to navigate the current climate. Service providers should use this to their advantage.

The Impact on Service Providers

The nimble nature of emerging biotechs plays right into the hands of service providers, for a couple of reasons.

1.  Reduced headcount leaves less ambiguity when it comes to finding the right stakeholder to speak with. It also means fewer people at the table in partnership discussions, enabling conversations to progress at a faster pace.
2,  Fewer legacy processes allow them to adapt their strategy more rapidly when it comes to implementing partnerships with service providers

Additionally, as they operate in the shadows of larger pharmaceutical organizations, they’ll have fewer people knocking at the door when it comes time for RFPs. Less presence from competitors not only speeds up the process but increases the likelihood that your organization is selected for the job. Not to mention less crowded inboxes reduce the friction for you to make an introduction.

Unlike larger pharma companies, the survival of stealth biotechs may rely on picking the right partners in 2023. If a stealth biotech comes out of the year thriving with you as their partner, it paves the way for a long-term companionship and recurring revenue that your competitors will have missed out on.

While few companies will be sprinting this year, the jogging pace of stealth biotechs will be faster than the rest.

Can I Get an Umbrella?

There is no clear solution for how to approach the year ahead, but at the very least it can be agreed upon that what has worked for the last few years won’t fare as well moving forward.

Contrary to popular belief, stealth biotechs are much more prevalent than most might think. In fact, they make up 42% of the market as a whole, abundance isn’t the issue, finding them at the right time is.

Our Guide to Stealth Biotechs is a great place to start to capture a bird’s eye view of the stealth biotech industry as well as several breakdowns of companies across the globe, spanning all three stages of our definition of stealth biotechs.

If you find a company that catches your eye, you can read our article on Optimizing your Cold Outreach and use some of the tactics to generate meaningful engagements.

Thanks for reading, and happy new year! 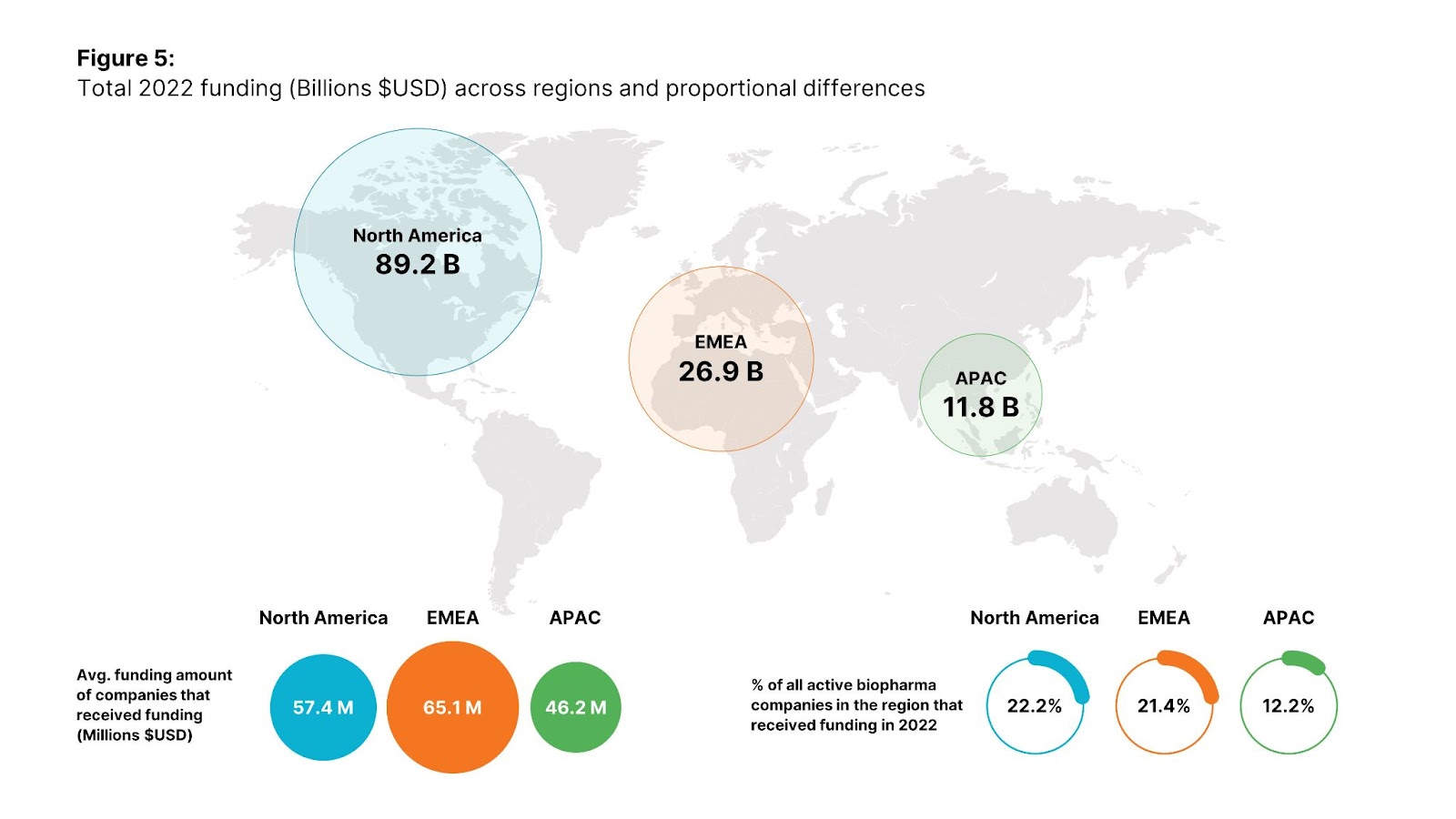 Review of 2022 Biopharma funding: How should sales teams at service providers adapt for 2023? 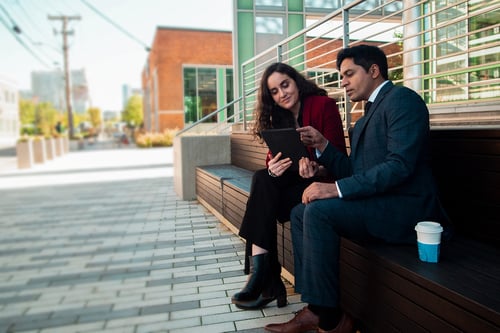 Noise is a Problem, Turn Down the Volume. 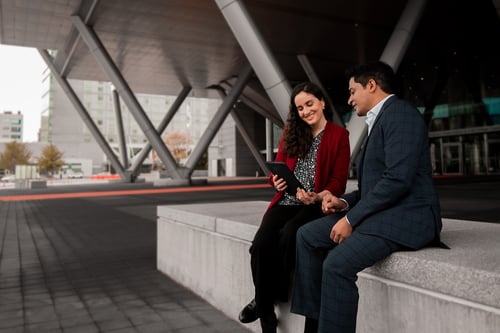 Custom built for biotech and pharma

We are obsessed with finding new ways to help your business generate more qualified leads.

Our human-verified AI scans thousands of documents every day, separates the signal from the noise, and delivers value in the form of actionable sales intelligence.