Anything but Generic: A map for Selling to Teva Pharmaceuticals

Teva Pharmaceutical Industries Ltd. is an Israeli multinational company headquartered in Petah Tikva, Israel. Teva (meaning "Nature" in Hebrew) was initially a family business founded in May 1935 by Dr. Günther Friedländer, a German pharmacist who immigrated to Mandatory Palestine in 1934, following the Nazi Party’s rise to power. Since then, the company has grown into the world’s largest generic drug manufacturer.

Our goal with this article is to help companies looking to partner with Teva understand how and where decisions are being made within the organization. To accomplish this, we will give a brief business overview, provide some highlights about their outsourcing history and show the distribution of their global drug development sites and decision makers. Finally, we will close off with a summary of their strategies for innovation.

At the end of 2017, Teva had 51,792 employees internationally. Their employee distribution is 24% in the United States, 43% in Europe, 12% in Israel and 21% over the rest of the world. The company is currently undergoing some downsizing and in a restructuring announcement at the end of 2017, they stated that they would be reducing their global workforce by 25% (14,000 positions) by the end of 2019 [1].

Teva Company’s therapeutic areas of specialty are central nervous system (CNS) (including neurological and neurodegenerative diseases, pain, and movement disorders) as well as a strong portfolio of products to address respiratory disease.

Gross profit for Teva in 2017 was $10.8 billion, down 9% compared to 2016. Half of Teva’s profits and 20% of their revenue comes from the sale of their patented product, Copazone, a specialty product for the treatment of multiple sclerosis (MS) [2]. Copazone is the best selling MS drug internationally and accounts for 31.2% of total MS prescriptions in the United States.

A table summarizing Teva’s main pharmaceutical products can be found below.

It is no secret that Teva depends heavily on outsourcing and that they are prepared to invest substantial amounts in their external partnerships, even if there may be financial risk involved. In the company’s 2017 Annual Report [1], they made the following statements:

“[…] in strengthening our pipeline of specialty and other products, we are increasingly reliant on partnerships and joint ventures with third parties, such as our collaborations with Celltrion, Eagle, Otsuka, Nuvelution and Regeneron, and consequently face the risk that some of these third parties may fail to perform their obligations or fail to reach the levels of success that we are relying on to meet our revenue and profit goals.”

“There is a trend in the specialty pharmaceutical industry of seeking to “outsource” drug development by acquiring companies with promising drug candidates and we face substantial competition from historically innovative companies for such acquisition targets.”

Teva has a proven history of entering into development and commercialization agreements with companies who have promising investigational products. For example, in 2010 they signed a contact contract with Mersana Therapeutics to fund the development of their product XMT-1107 [5].

Teva also has a history of outsourcing several different functions, such as sales, marketing, regulatory affairs, research & development, commercialization and manufacturing. They tend to favour partnerships when seeking to expand into new markets. For example, in 2012, Teva entered into its first alliance in East Asia by singing a contract with Handok Pharmaceuticals. Handok would expand Teva’s presence in South Korea by handling marketing, distribution and regulatory affairs for the region [6]. Similarly, in order to enter the Indian market, Teva signed a product outsourcing contract with the New Delhi-based Ind-Swift Lab in 2013 [7].

In light of their December 2017 announcement about their plans to restructure and downsize (including shutting down several of their manufacturing plants [8]), we can expect to see an increased reliance on outsourcing in the coming years. In line with this, the company has recently entered into a 10-year manufacturing agreement with Rekah Pharmaceutical Industry in Israel, where it plans to close its own manufacturing facilities [9].

As previously mentioned, the company’s global headquarters is in Petah Tikva, Israel. Teva Pharmaceuticals USA’s headquarters are currently located in North Wales, PA, but they will be relocating to Parsippany-Troy Hills, NJ.

Teva operates R&D sites in the United States, Europe, Japan and other selected ROW countries. In 2017, their research facilities include four large development centers: a center in Israel focusing on synthetic products and peptides, a center in Hungary specializing in fermentation and semi-synthetic products and centers in India and Croatia, both focusing on synthetic products. Three additional smaller sites are located in Italy, Mexico and the Czech Republic for development of high-potency APIs. R&D efforts span from generic medicines (finished product and active pharmaceutical ingredients), to specialty pharmaceuticals, to innovation of existing molecules/products.

In their downsizing announcement, they announced the intention to shut down a number of their R&D facilities globally. They are also thoroughly reviewing all R&D programs (including over 1,700 generic products in their pre-approved global pipeline) to prioritize core projects and terminate others.

In 2017, Teva operated 68 finished dosage and packaging pharmaceutical plants in 36 countries and 19 API production facilities for a total of 87 manufacturing facilities [1]. The majority of the company’s manufacturing takes place at sites in Israel, Germany, Hungary, Croatia, Bulgaria, India, Spain and the Czech Republic. Of their 87 facilities, 33 are FDA-approved and 30 are EMA-approved. In 2018, Teva reported producing 88 billion tablets and capsules and 720 million sterile units at internal facilities.

In their downsizing announcement, Teva stated that they will be shutting down 20-25 of their manufacturing facilities globally by the end of 2019. A complete list of the company’s Pharma and API sites can be found below.

Decision making has been classified into three sections: clinical outsourcing, manufacturing and logistics. This division should facilitate outreach efforts by different types of companies looking to do business with Teva. In general, North American decision making at seems to take place primarily in the Greater New York and Philadelphia areas. European decision making is more spread out, but Israel houses a high number of high-ranking decision makers. In Asia-Pacific, the clinical and logistics decisions appear to take place in India, whereas manufacturing decisions are spread out across India, Australia and Japan.

Where are they making clinical outsourcing decisions?

Where are their manufacturing decisions made?

When seeking out manufacturing decision makers, make sure you keep and eye out for people on the Manufacturing Science & Technology (MS&T) team. This rule applies internationally.

Where are their logistics operations based out of?

For North America, decision making for logistics is once again based primarily out of the Greater New York and Philadelphia Areas. In the Greater New York area, look out for the Manager of Clinical Supplies Logistics. In the Greater Philadelphia area, keep an eye out for titles like Senior Manger of Logistics, Senior Manager of Logistics Chain, Vice President of Supply Chain Distribution & Logistics, and the Associate Director of North American Logistics/Commercial Operations.

For APAC, most logistics decision making seems to take place out of Mumbai, India. There, you’ll find the Associate Director of Indian Logistics.

In order to foster innovation, Teva entered into a collaboration with Phillips Healthcare in January 2015 to launch an organization called Sanara Ventures. Sanara is a venture capital incubator committed to investing 100 million shekels ($26.5 million) over eight years into 40-50 medical device and health technology start-ups in Israel. This is the first partnership of its kind in Israel.

Sanara Ventures is interested in ventures at various different stages in their development. Sanara Boost is the pre-seed program, Sanara Momentum is the seed program, and Sanara Scale is for maturing companies. As of January 2016, Sanara had received 400 applications and accepted four companies into their program.

Where can I find more information?

If you would like a simple solution for keeping an eye on drug sponsor companies, like Teva, without relying on a database and generic lists of leads each week, we at Zymewire are here to help. Reach out today, and stay tuned for the next instalment of Sponsor Atlas: Selling to the Pharma Giants. If you enjoy these articles, please feel free to give them a share through the social links below!

To view Part 5 of the Sponsor Atlas series, Navigating Novo: A map for Selling to Novo Nordisk, click here! 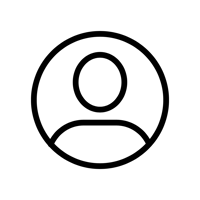